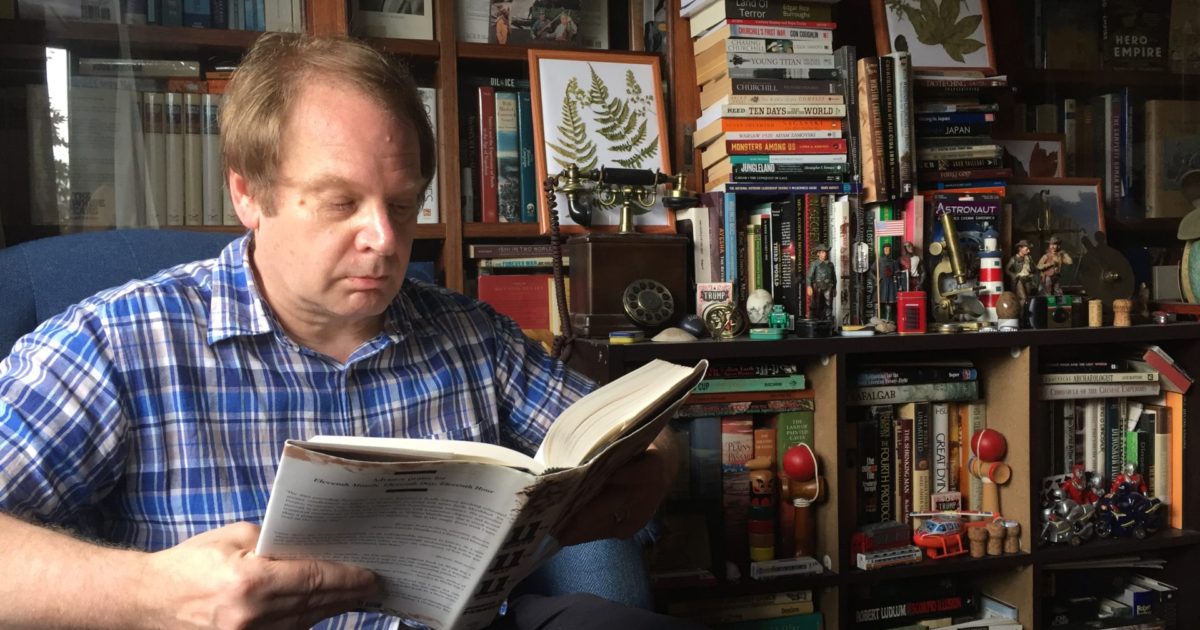 He was dismissed from his teaching position, the reason given was school funding but he knew the real reason. Oh those spoiled boys and their ungrateful parents. The staff always spoke meanly of him, even Mrs. Forsyth, the cleaning woman, who had a kind word and a smile for everyone had nothing good to say about the school’s former Latin teacher. So, after twenty-five years, he was out of a job, which was fine with him. Well, not really fine with him, but he didn’t care, at least that’s what he kept telling himself. Well, they could all descend into the darkest depths as far as he was concerned.

He had some savings of course, not much but some. He didn’t need to be an expert in figures to know the money wouldn’t last long. In order to save some of it, he moved out of the room he rented and in with his sister Nora and her husband Charlie, who worked as an accountant in Trenton. To be truthful, this wasn’t the most ideal situation for Rudolph.

Charlie the accountant claimed to be educated, but Rudolph told him it was unwise to say such a thing as he did not speak Latin or Greek and had not read the works of Chaucer, Plutarch, Homer or Aristotle. He was woefully ignorant of the medieval and classical world and he drank beer. The situation with his sister wasn’t much better. He tried to be tolerant but it was darned difficult. He didn’t like the way she kept house, cooked breakfast, did the shopping, carried on with the housekeeping, made lunch, tended the garden, cleaned his room, kept her parlor, prepared dinner and read the bible, just to name a few.

Needless to say, tensions were running a bit high in the home and while Rudolph was trying to figure a way in which to improve the lives of his sister and her husband, the postman delivered a letter addressed to Mr. Rudolph Smith, Esq. Rudolph found this a bit strange as no one he knew ever addressed him with any title other than the prefix of “Mr.” so he was curious as to the contents of the letter he held. After slicing the envelope open with a letter opener he read what was inside. It was a job offer, asking him to come to New York for a meeting, at their expense of course, if he was interested.

There really wasn’t much to decide as if he would go or not. Though he knew his sister and her beer drinking husband needed his help, the meeting in New York might be important, it might be just the thing to show all around that he was right and they were wrong, which of course he already knew. Within a week, he was there.

After his arrival in New York, he hired a cab and went to the address that had been sent to him, where he was ushered into the office of a Mr. William J. Caldwell and asked to wait. He was asked if he might like some coffee or tea the offer of which the fussy little Latin teacher declined. With that, he was left alone.