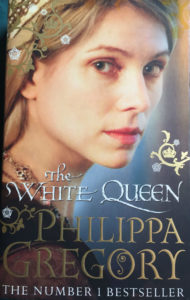 I hope everybody is well and if not, I hope things change for the better soon. Today I want to talk about two books I enjoyed very much. They are historical novels titled “The White Queen” and “The Red Queen” by Philippa Gregory, published in 1997.

The Wars of the Roses. People have probably heard something about them in passing (Uhmmm… in England or someplace, right?) but have little knowledge of who was fighting or what they were fighting about. These two books really sparked my desire to learn more about this conflict and if you want a primer to learn from, even though they are historical fiction, these two books are a good place to start.

England in the mid 1400’s was a country in turmoil. Who exactly would rule the country? Who was the legitimate King? The pious Henry VI of Lancaster or the young pretender Edward IV of York. This is sometimes called “The Cousins War” as the York and Lancaster families were indeed related by blood and though the  question of who should be the rightful king might be thought of as a simple one, the simple truth was that it was not. Though Henry VI was the ruling king, this did not mean that Edward IV didn’t have a good claim to the throne. It is called The Wars of the Roses because men who sided with the Lancasters chose a red rose, those threw their lot in with the Yorkists chose a white rose (or so says Shakespeare). The conflict lasted three decades and was actually three conflicts that pitted the two families against each other each time. There is a lot of betrayal, between brothers, uncles, mothers (and of course cousins), and a lot of bloodshed. Don’t let the name fool you, the war itself (like most) was very brutal for all those involved on and off the battlefield.

The White Queen takes place in 1464 and concerns a young Edward IV and the beautiful Lancastrian widow named Elizabeth Woodville. Elizabeth’s husband was killed fighting the Yorkist armies and with children to raise and her family’s fortune confiscated she she sets herself up to be wooed by Edward. In time they marry. I’ll leave off there because there is more to the story and I don’t want to give away everything! 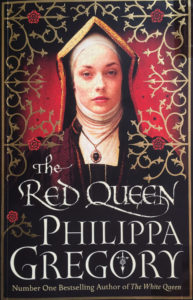 The Red Queen, the second book introduces us to Margaret Beaufort of the Lancaster family (her cousin is Henry VI). A woman with a desire to enter the church and serve, she is forced to marry at the age of 12 to a man twice her age.  She gives birth to a son at 13 and after the death of her husband her child is given to her brother-in-law to be raised and she is once again forced into a marriage not of her choosing , all the while with an unshakable belief that the Lancasters are the true rulers of England and that one day it will be her son that wears the crown.

I think Gregory has done a fantastic job of weaving these two books together. The pace is fast moving and her characters are people you can feel sympathy for or dislike as the situation changes. One of the things that I found interesting was just how powerful these women were behind the scenes. They really didn’t have anything to call their own, their husbands owned everything including them but both books show very strong women and the books I read afterwards confirm this. They were living through their children to secure for their offspring positions of power and their own place in the kingdom.  As I said, if you are unfamiliar with this period of history, these books are a good place to start. I’m sure you won’t be disappointed.

That’s all for this review. Always remember, things are usually not as bad as we often think they are. If you are having a problem. Step back, breathe and look at it again, A new perspective can sometimes help.   I hope everyone has a great day. 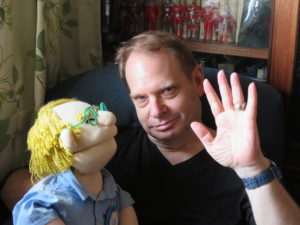