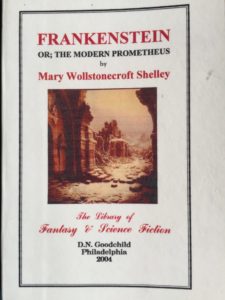 Today’s book is a classic in Gothic horror, that’s right I’m going to review the book “Frankenstein or;  The Modern Prometheus” by Mary Wollstonecroft Shelly. It was first published in 1818 and considered such a frightening novel that many people found it difficult to believe that a woman had written it.

I don’t think there are many people who are not familiar with this story or believe they know the story from the various movies made.  Dr. Frankenstein (with the aid of a hunchbacked servant) robs graves  for human body parts  to create a being of his own and on a dark and stormy night, creates life from death. His creation runs amok and a lot of irate villagers armed with flaming torches, pitchforks and other assorted lethal farm implements chase after him destroying him and Dr. Frankenstein in the end, right?…. Well, not exactly. 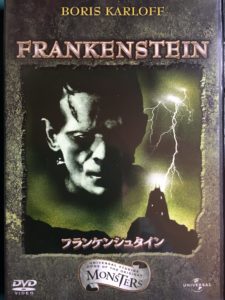 Now, I’m not going to criticize the movies. The first movie that I believe was made from this story is ten minutes long and was made by Thomas Edison in 1910. I have a copy of this film and it’s not bad for an early attempt.  I grew up watching the 1931 version with Boris Karloff and Colin Clive as well as the British Hammer movies, my favorite being “The Curse of Frankenstein” (1957) with Peter Cushing, Hazel Court, Robert Urquhart and Christopher Lee as the creature and still enjoy them and the other movies that came from these but the book is a little different.

The book begins with a series of letters between a brother and sister. The brother being a ships captain in the Arctic and telling her about an unusual man that he and his crew rescued, that man being Victor Frankenstein (he’s NOT a doctor by the way). We learn Frankenstein’s family history (though to be honest, Frankenstein’s name isn’t mentioned until you read through about 50 pages of the narrative) and how he created the creature (not Frankenstein, that is the name of the creator). 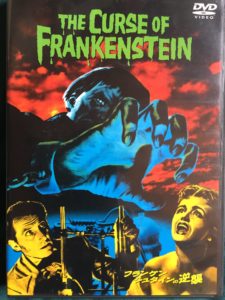 The creature does kill a number of people but they are not random killings. Truth is, depending on your view of course, is that Frankenstein really isn’t the innocent victim here. The people killed were close to Frankenstein and I found it difficult to place the blame only on the creature. In the movies, the creature can’t talk but in the book the he does have the power of speech and tells Frankenstein his story which is pretty sad and it is understandable why he did what he did. In the end, it is difficult to feel sorry for Frankenstein, emotion being reserved for the creature in my opinion.

Is it a good book? Yes. Should you read it? By all means but that doesn’t mean that you shouldn’t enjoy the movies as well.

Hope this review was helpful. If you wish to comment, feel free, I’d love to hear from you.