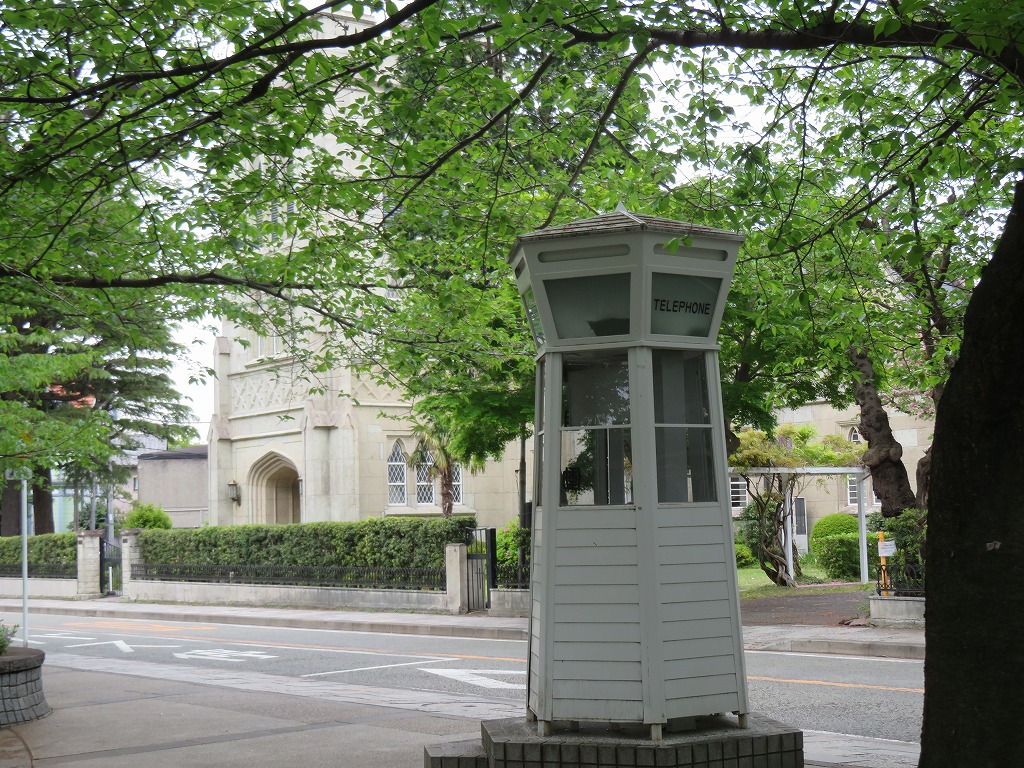 They had been prisoners of the ice for six weeks,
drifting farther and farther away from any kind of
civilization they knew. Over time, death was something
that the men began to know well. After six weeks,
thirteen men were dead. Causes ranged from freezing to
scurvy and three suicides. There were another twelve
men still alive, if anybody could call it that. Four men,
including Rainer were almost complete invalids and
another two were well on their way. Isaac Dunn, the
ship’s
second mate was in command. With Rainer’s blessing,
Dunn took a boat, two rifles one quarter of the food and
three volunteers which included a young Aesop
MacDonald to try and get help.

Pushing and pulling one of the whale boats, the
SPIDER became smaller and smaller until it eventually
disappeared altogether into the whiteness of the ice,
snow and sky. It took them almost two weeks to reach
enough open water to float the boat, even then it wasn’t
much but rowing was easier than pulling the damn thing
across the ice. They had already lost one man before
putting the boat in the water. He just started walking in
the opposite direction and didn’t stop. The landscape
itself was seductively hypnotic due to the absence of color
or any type of identifying landmarks, there was
just…nothingness. They rowed until they ran out of
water and ice blocked their way, at which time, they
pulled the boat out of the water and started pulling it
over the ice again. They continued to move ahead slowly,
eating anything they could get their hands on but
pickings were slim. Dunn drove them on, using all his
knowledge and experience. If anyone were to ever ask
who was MacDonald’s salvation in those dark days, he
would say without hesitation that it was Isaac Dunn.
When they reached another spit of water, they put the
boat in and much to everyone’s relief, continued on.
Dunn knew their troubles were far from over. They were
alone in one of the most unforgiving environments in the
world. MacDonald was afraid and not ashamed to admit
it, even now, fourteen years later, the memories still
caused him to shiver. Thanks to Dunn, they were able to
reach Wrangel Island which in itself was a God send, as
they had run out of food. Scrounging around, they were
able to collect a few bird eggs and break the necks of a
couple birds they had feebly caught, all of it was eaten
raw, it was enough to keep them alive a little bit longer.
Over the next three days, they were able to kill a seal
and two more birds. Stocking the boat with anything
they could find, they set off again and made their way to
the coast of Siberia. The third man, in a fit of depression
took one of the rifles and shot himself in the head. They
dumped his body over the side without ceremony. Now it
was only Dunn and MacDonald. They pushed on,
MacDonald lost track of time days were forgotten. He
began to think death was preferable to the suffering they
were going through but Dunn kept pushing him.

“Come on Aesop, wake up God damn it!”
MacDonald remembered a hard kick from Dunn’s boot,
his eyes fluttered open.

“Get your black ass up! Come on Aesop, move! You got
to keep your blood flowing!”

“I just want to sleep awhile Mr. Dunn, jus’ a little
while…”

Dunn slapped him across the face. “Listen to me Aesop,
stay awake or you will die! Do you understand? If you
sleep you will die!” Dunn was almost pleading with him.
“I promise, we get to shore, I’ll build a fire and you can
sleep, ok? But stay awake now!”

“Yes, I promise, you can sleep when we get ashore.”
It took all the will power MacDonald could muster to
keep his eyes open. He thought of food, fires, wool
blankets, Georgia peaches, his mother, his father, hot
soup…hot soup… When he opened his eyes, he was under
a crude shelter, wrapped in a damp wool blanket. Dunn
was warming his hands in front of a small fire and
cooking up a small tin of soup with their available food
supplies. Noticing MacDonald was awake he smiled, “It’s
alright Aesop, we’re on land.”

“This ain’t a dream?” asked MacDonald a bit fearful.

MacDonald closed his eyes. If Mr. Dunn said it was
gonna be ok, then he knew it would be so.

The memory was still alive. Once they reached Alaska,
Dunn did his best to organize a rescue, but because it
was winter not too many people were chomping at the bit
to search for the whaler and her crew. Dunn went out
twice, MacDonald going with him the second time but
they found nothing. The SPIDER and her remaining
crew members were gone.

As Dunn had predicted the owners were not pleased
with the loss of the SPIDER or her valuable cargo, and
regardless of what the owners thought of him the
captains on the waterfront still had a high regard for
Dunn, even more so after the loss of the whaling ship in
the Arctic. There weren’t many men who could do what
Isaac Dunn did and survive. Dunn was able to get Aesop
a good billet aboard another whaling ship, as for
Dunn…he never went out again.

Leaving his horse in care of a stable hand, MacDonald
after asking directions made his way over to the local
school, a one room building that had been freshly white
washed. Looking through one of the school windows he
could see the man he had come to talk to.

Isaac Dunn was 45 years old, trim man with curly
brown hair and a slightly receding hairline. His face was
clean shaven though lined from the years. Dunn still
carried the guilt of the SPIDER. When MacDonald
opened the door the students turned and Dunn looked up
from the book he was holding, it took a moment before a
smile came to his face.

“Class, I think we’ve learned enough for today, we’ll
continue with George Washington and the American
Revolution tomorrow, you’re dismissed.” The children
cheered, half a day at school was almost as good as no
school at all. In a hurry they grabbed their books and
hats and ran out of the school, grateful for the stranger’s
arrival.

Once the class was cleared, Dunn walked over to
MacDonald with his hand extended, “My God, Aesop
MacDonald, how the hell are you?!”

MacDonald shook his hand and grinned, “Fine Isaac
and yourself?”

Dunn shrugged his shoulders, “Ahh, you know, not bad.
This school and the kids keep me pretty busy.”

MacDonald nodded looking about the room. “Do you
have time to talk?” he asked.

Dunn smiled, “The whole afternoon, those kids ain’t
gonna be rushing back here.”

“Is there someplace we can go?”
Dunn clapped him on the shoulder, “You mean besides
an empty school room? Yeah, I know just the place.”

They walked down the street, MacDonald looking at
the people, Dunn knew what was on his mind. “They’re
not all involved with the occult and spiritualism Aesop.”

“I know Isaac,” said MacDonald, “’It’s just the ones who
are that scare me.”

They went inside a small inn where Dunn was
obviously known and sat down. Dunn ordered two beers
from behind the girl from behind the counter. “Heard you
got married Aesop, congratulations.”

“Thanks Isaac, I wanted you to come to the wedding,
but you wasn’t around.”

Dunn looked at the table and shrugged his shoulders,
“Sometimes I like to get away…it helps,” he said not
elaborating on the subject, not needing to.

“I’m sure it does,” said MacDonald.

Dunn turned to his old friend, “I’m sure she’s a fine
woman Aesop, I’d be proud to meet her someday.”

The beers came and they raised their mugs to the
familiar toast.

“Or a stove boat,” smiled MacDonald. They clicked
their mugs and drank down the cold yellow brew. After
MacDonald’s ride from New Bedford the beer sure tasted
good.

“Heard you was first mate aboard the SHY LADY,”
said Dunn.

MacDonald nodded again, “It was him that sent me to
see ya.”

“Jon Mason sent you to see me? What the hell for?”
MacDonald sighed, “We’re going up north, high north
and Mason wants you with us.”

“Christ, Aesop, the last time you and me went up that
way, it damn near killed us and you want to go back?!”

“Jon Mason’s a good captain, Isaac he knows his
business he’ll bring us back.”

“So why do you need me?” asked Dunn. “You both been
up in the Greenland fisheries before, you don’t need me
to hunt whales.”

“Then what ya going for?”

MacDonald looked around he wanted to make sure
they were alone in their conversation. “We’re going to the
North Pole,” he said.

“Are you crazy? Said Dunn. “The North Pole? Why in
Sam hell would you want to go there?”

“Because some big city fellers are paying good money
that’s why and we need your help. You’re the only one
who’s actually spent time with the Eskimos, you know
their ways besides are you telling me you couldn’t use
fifteen thousand dollars?’

“Yeah, fifteen thousand, free and clear, that’s for the
second mate. Half now, the rest when we get back, that’s
guaranteed.”

“Yeah, Mason wants you to go as second mate and ice
master.”

Dunn looked out the window doubt spread across his
face, maybe Jabez was right, maybe… “Look Aesop, I
appreciate the offer but…I don’t know. It’s been a long
time, you know.”

“The SPIDER wasn’t your fault, Sebastion made the
choice. If Rainer had listened to you maybe more people
would have survived, as it is you saved my life. If it
wasn’t for you I wouldn’t
be here today.”

Dunn thought about it, this might be the answer to a
number of growing problems in many ways. “I have to
get out of this place, maybe this is what I need to do.”

“Come with us Isaac, you won’t regret it,” said
MacDonald.

“How soon can I get the money?” asked Dunn. With
money, Martha could be free of their overbearing father
and brother.

“It’ll be in any bank you choose in four days time.”

“Alright, I’ll give you the details on that. Where do you
want me?” asked Dunn.

“Mason wants you in New Bedford aboard the SHY
LADY in seven days, can you do that? And Isaac, this is
all confidential no one else is to know.”

“Yeah, alright no problem New Bedford, seven days, I
can take care of most things in that time.”

MacDonald stood up and shook his hand, “I’m glad
you’re coming with us, you won’t regret it Isaac.”

Watching MacDonald leave, Dunn shook his head and
sighed. He must be crazy, what the hell did he just agree
to?