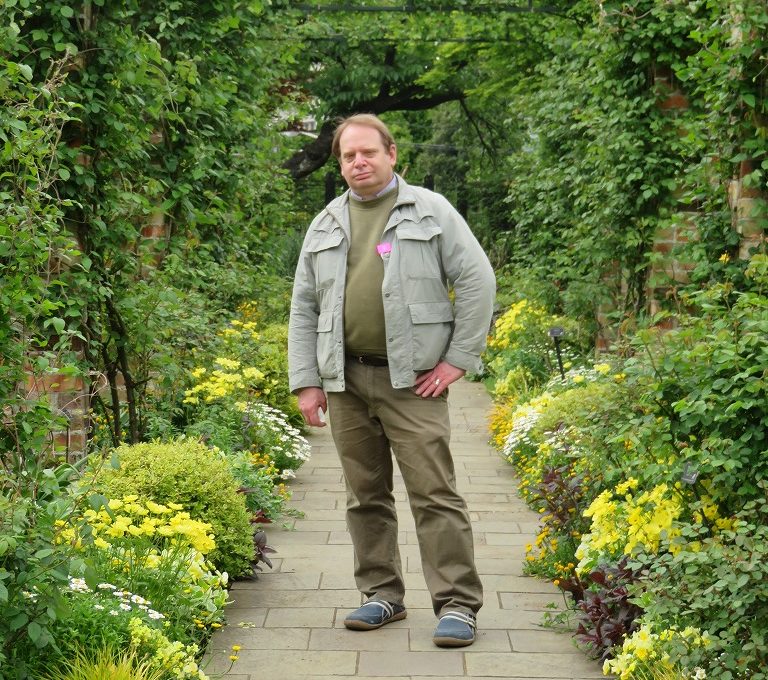 Keelut opened his eyes and through a blur tried to
make out his surroundings. He was covered with a dirty
blanket and next to him was some native girl, fat and
pockmarked. She must have looked better last night but
after drinking whiskey like he did, they all looked good.
The place smelled like farts. In the corner he could hear
Morton Jenson snoring, turning his head he could see he
was with an equally repulsive woman. In the other
corner of the shack they occupied, slept Tobias Smith,
alone. Even native whores thought he was ugly. It was
just the three of them now. Rodgers had drowned two
weeks before, not that Keelut really cared, his plan
would work just as well with Jenson and Smith.

He rubbed his temples, his tongue felt as if it were
covered in fur. The hangover he was feeling didn’t
improve his mood in anyway. He roughly shook the girl
laying next to him with little regard on how she might be
feeling. “Hey, get me some food, I’m hungry,” said Keelut.
The girl pushed him away and continued to sleep. A swift
kick made her open her eyes and sit up. “I said get me
some food!” he growled. The girl nodded and quickly
scurried away to do his bidding.

Jenson cracked one eye open and raised himself up on
one elbow. “Hey Keelut, what are ya yelling about over
there?”

“Well, tell that bitch you’re with to get ya somethin’ to
eat.”

“I did,” said Keelut simply.

Jenson shrugged his shoulders and laid down again.
Best not to rile Keelut this early in the morning, he knew
that from experience, oh yes he did.

Keelut found the bottle he’d been drinking from the
night before and seeing that it was still a quarter full,
finished it off, best way to start the day as far as he was
concerned. His life thus far had been one that contained
no notable accomplishments, even he would admit that,
but it wasn’t his fault. He had been unlucky, anyone who
knew him would agree to that. It wasn’t his fault Ahnah
refused him, it wasn’t his fault that Peter took his wife
and the leadership of his band he was as much a victim
as anybody, but that would soon change. He would show
that sniveling band of Peter’s who should be in charge.
They would learn. Feeling pressure on his bladder he
went outside to pee. Opening the door of the shed he and
the others occupied he was momentarily blinded by the
bright sunlight which forced him to stop and shield his
eyes before moving on. Finding a dirty bank of snow, he
pulled his penis out and relieved himself, the release of
the fluid made him feel better and a little light headed.
That done his eyes adjusted to the outside and he looked
about. This trading post wasn’t much different from any
of the others he’d been to. One main building, it served
as quarters for the trader and a place to hold the goods
bartered for and exchanged. An outlying shed or two like
the one emerged from, which served various purposes. In
the back was an accumulated pile of garbage, pieces of
broken sleds, bits of iron, old paper, dirty wools,
discarded pieces of food and bone, worthless skins rotting
with age.

At the moment, the only sled and dogs there, was what
Keelut and his companions had stolen from further down
the coast when the opportunity presented itself. They
didn’t care about the family they had taken it from, why
should they? It was enough for their purposes, it would
due for the period it was required.

Wondering what had happened to the girl he’d sent for
food, he went into the main building of the trading post
in search of her. The door creaked when he opened it,
letting the post trader, a heavyset balding Dane with a
drooping moustache by the name of Lars, know he was
there. Keelut looked around, on the shelves were various
canned goods and assorted items. Peaches, beans, salted
meat, jarred pickles and onions. There were blankets,
traps, guns and ammunition, knives, kettles, pots and
pans, kerosene, oil, sugar, salt and pepper. There were
furs, belts, boots and cloth, whiskey and syrup, all the
riches of the world. But Keelut wasn’t concerned about
those things at the moment. He was hungry, a primitive
priority that overruled anything else at that particular
moment, the need to fill his belly, raw hunger. He was
looking for the girl.

“What do you want?” asked the Dane watching the
Eskimo with suspicion.

Lars shook his head and yawned, “The girl is busy.”

Keelut banged his fist down on a table in the room,
“Make her no busy!” he yelled, thinking he could
intimidate the European as he had others and have his
way.

The Dane pulled out a large wooden club and slammed
it down hard on the counter before him, fire in his eyes.
“You listen to me you filthy fucking Indian, you don’t
make demands, she not your property! She work for me!”
Keelut gave the Dane a savage look. He wanted to kill
this outsider who spoke to him in such a disrespectful
way.

“Now,” continued Lars, “I want you and those two fools
you came with, out of here today, I don’t want you here.”

Keelut sneered at the trader, “We will leave, do not eat
your fucking food!” he spit on the wooden floor. “But you
will be sorry, many sorry.” He left the building slamming
the door for effect, he could hear the trader laughing as
he stomped toward the shack and roused the men
traveling with him.

“Where we going?” asked Smith.

Jenson stood up pulling on his trousers. “Tobias, shut
the hell up!”

Keelut shook his head and walked outside to the sled
they were using, the trader was right about one thing
they were fools. It didn’t take him long to hitch up the
dogs, afterwards he smoked a
cigarette while he waited for the others, he had time to
think. Time was running out, he could feel it. He’d have
hurry his plans to accomplish what he wanted…his
revenge against all those who plotted against him, who
pushed him into the situation he was in. They would pay.
Jenson and Smith approached the sled, their faces
reflecting the drinking from the night before.

“Hey Keelut, where we going?” asked Smith again.
Jenson expected Keelut to answer in anger if anything at
all and was surprised when he heard the Inuit speak in a
quiet voice.

“That way Tobias,” he said pointing to the southwest,
“to the place of the Strong one.”

They traveled for ten days, taking little rest on the way.
Jenson and Smith knew better than to ask questions,
Keelut would share with them when he was ready and
considering they were strangers in a strange land, they
had little choice in the matter.

On the afternoon of the tenth day, they arrived at their
destination, a camp of about 60 men and their women
folk. Jenson could see that these Eskimos were different.
They weren’t the docile natives accepting hardship as it
came their way, but a harder group of people, heavily
armed used to causing hardship for others. These were
renegades. Keelut was obviously known and greeted by
some, while Jenson and Smith were looked on with
suspicion. They did not make new friends easily, they
had little need to, there were no guests in this camp, only
those who were supposed to be there and those that
weren’t.

“Wait,” said Keelut without turning around and
entered a tent, leaving his companions with the sled.

Inside the tent it was dark and it took a few moments
for Keelut’s eyes to adjust, when they did his sight fell
upon a dirty little man with long greasy hair and a
permanent frown. He was called Lak, the leader of the
renegades. “Well Keelut, do you know things?”

Keelut nodded, “Yes Lak. Ahnah spoke of a ship, in the
cold places among the heavy ice and men with dogs and
sleds, Peter is moving the band farther that way.”

“How will you know the ship?”

“Whaling ships don’t normally carry sleds or a lot of
dogs, one, two at the most. From what Ahnah told me
before, these men would be travelers so their ship will
carry these things and there are…other things.”

“Can you find this ship?” asked Lak.

“Yes, I think I know where it might be.”

“And you think it will be soon?”

“Yes,” said Keelut, “I feel it. Ahnah is Angakkug and
known. All her life she’s waited for this ship. It will be
soon.”

Peter’s band, Keelut stiffened at the reference. It
should be his band, his people. He controlled himself and
answered the renegade leader. “They are weak, no match
for you Lak, together we can take what we want.”

Lak smiled, “together” was a concept that he found
somewhat foreign, the small man was leader because of
it.

“The Dane trader has them, it won’t be difficult.”

“And you believe we can take this ship?”

“Yes, the whole ship!” said Keelut with excitement, “the
outsiders have many and this one will provide. All people
will know you and you will have more power, you will
have a ship!”

Lak smiled, he was no fool, like Keelut, he too had an
agenda of his own. The people that needed to know him
did, he did not require that the whole world do so.

“Alright Keelut, but if you are wrong, if you cross me…”
he didn’t say anymore. He didn’t need to. Keelut looked
away. To cross Lak, no not even Keelut would do that. He
knew what he wanted, and Lak’s wrath was not it.

“Leave me Keelut, I must think. There is shelter and
food for you and the outsiders. Go now, we will speak
again.”

Keelut left in silence. He was hungry.